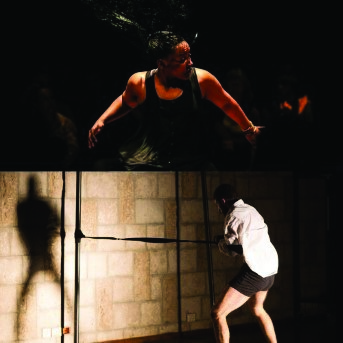 Due to some of the artists being refused visas to enter the UK, we have been forced to make some changes to the Arab Arts Focus Dance Double Bill.

All tickets for this revised double bill will be sold at £8.

This will continue until further notice; we hope that the dancer for Running Away may be able to join us later in the run, but this depends on a successful visa re-application.

The Resilience of the Body

This solo was originally developed during a residency at the Cairo Contemporary Dance Center, it was originally performed by Shaymaa Shoukry, and has been reworked for Mahmoud el Haddad during a five day work process at Summerhall for the Arab Arts Focus showcase.