This Time in History, What Escapes 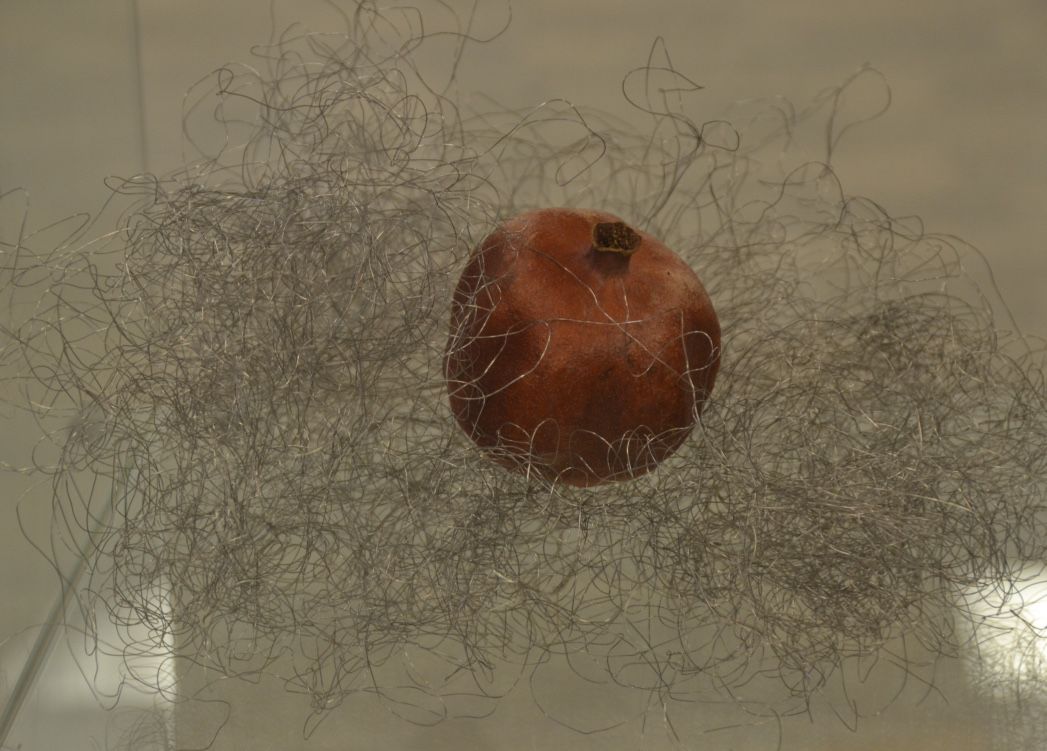 This Time in History, What Escapes is an installation about Afghanistan, where the humanitarian and political crisis continues and ISIL / Islamic State is gaining ground.

The work conveys the rupture in military masculinity since the withdrawal of Nato troops, and the symmetric pan-cultural erasures of women: “what escapes” conventional reportage.

The materials used have both direct and symbolic significance, referencing the rich mineral resources of Afghanistan, including gold, lapis lazuli and copper; a blue burka as worn by Afghan women and survival kit used by the UK armed forces.

What Escapes cites Chelsea Manning the WikiLeaks informer who was recently released from Military prison in the US, having as Bradley Manning leaked the Afghan War Logs and other sensitive material. The work also references Alexander Blackman, known as “Marine A”, recently freed from prison in Wiltshire, his conviction for murder (of a Taliban fighter) under the Geneva Convention having been reduced to manslaughter.

Rose Frain has been closely following the geo-political situation in Afghanistan ever since the US led bombing of November 2001 in reprisal for the attacks of ‘9/11’.  She has also spent time in Alexandria, Egypt, just prior to the uprisings there and her work Alexandria Light – part of the extended and continuing project This Time in History – is considered to have been prescient.